Published: Aug 29, 2017 · by: jenniferbanz · As an Amazon Associate I earn from qualifying purchases

It's time to get spiralizing...lets get to cooking this low carb 30 minute meal!  These Chayote Squash Noodles with Chorizo and Shrimp are spicy, fragrant, flavorful, and only 5 ingredients! 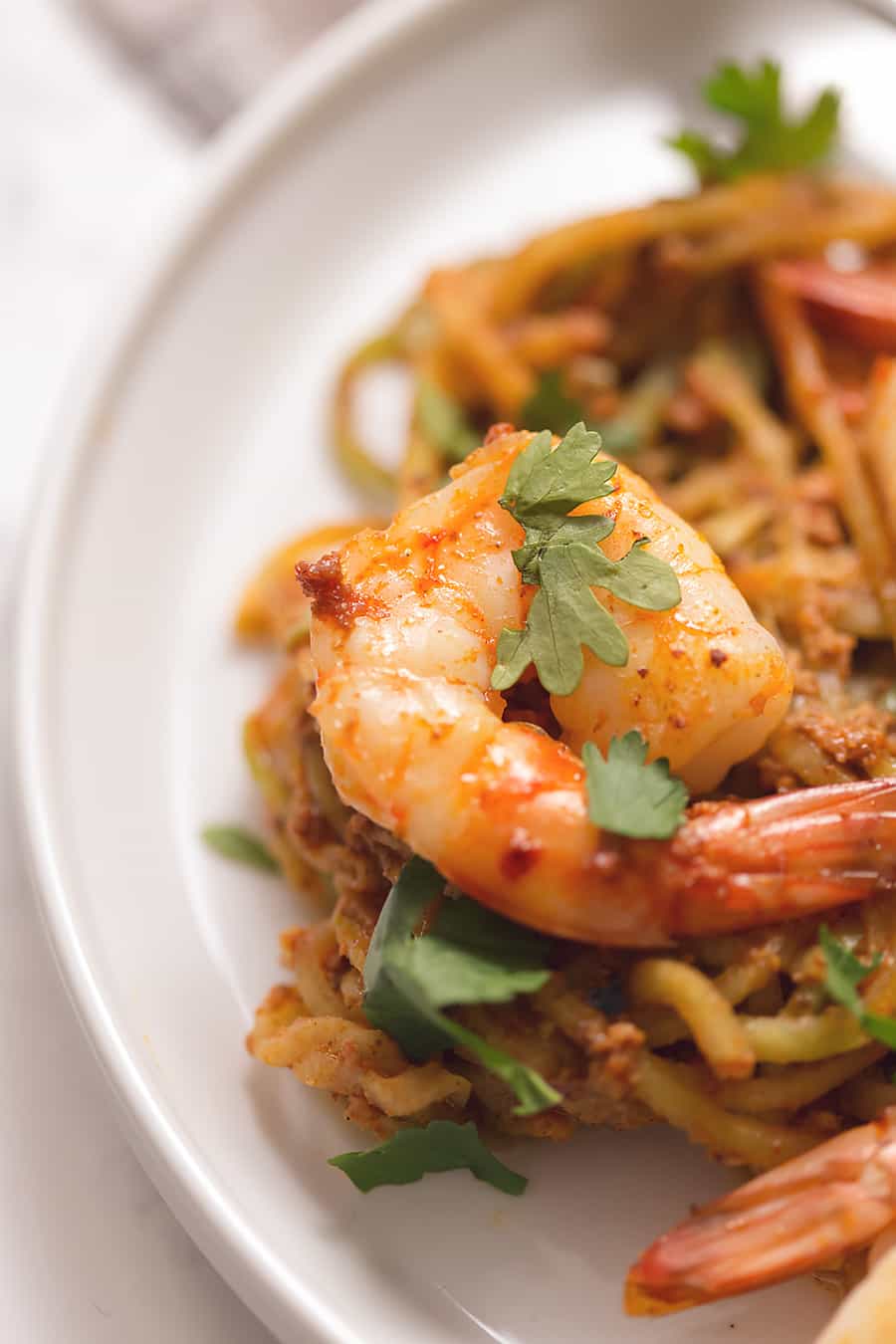 I'm sure you have seen the chayote squash in the produce section of your produce market and thought, "what the heck do I do with that?"

Chayote originates from Mexico.  It is a firm fruit that has a very mild flavor and is very crisp.  I have seen it used chopped into soups or stews, sautéed with other vegetables and spices, or made into a dessert!

Although the chayote is firm, I found it very easy to spiralize into noodles.  I used the thin spaghetti blade on my spiralizer and went to town!  To prepare the chayote for spiralizing, you just cut off a bit of both ends so they are flat (like the photo above).  After I finished turning the chayote into noodles, I laid the noodles out on a double layer of paper towels and sprinkled them with salt.  I let them drain on the paper towels while I made the chorizo sauce and shrimp.

If you are intimidated by the chayote, you can definitely use zucchini noodles instead.  I'll forgive you. 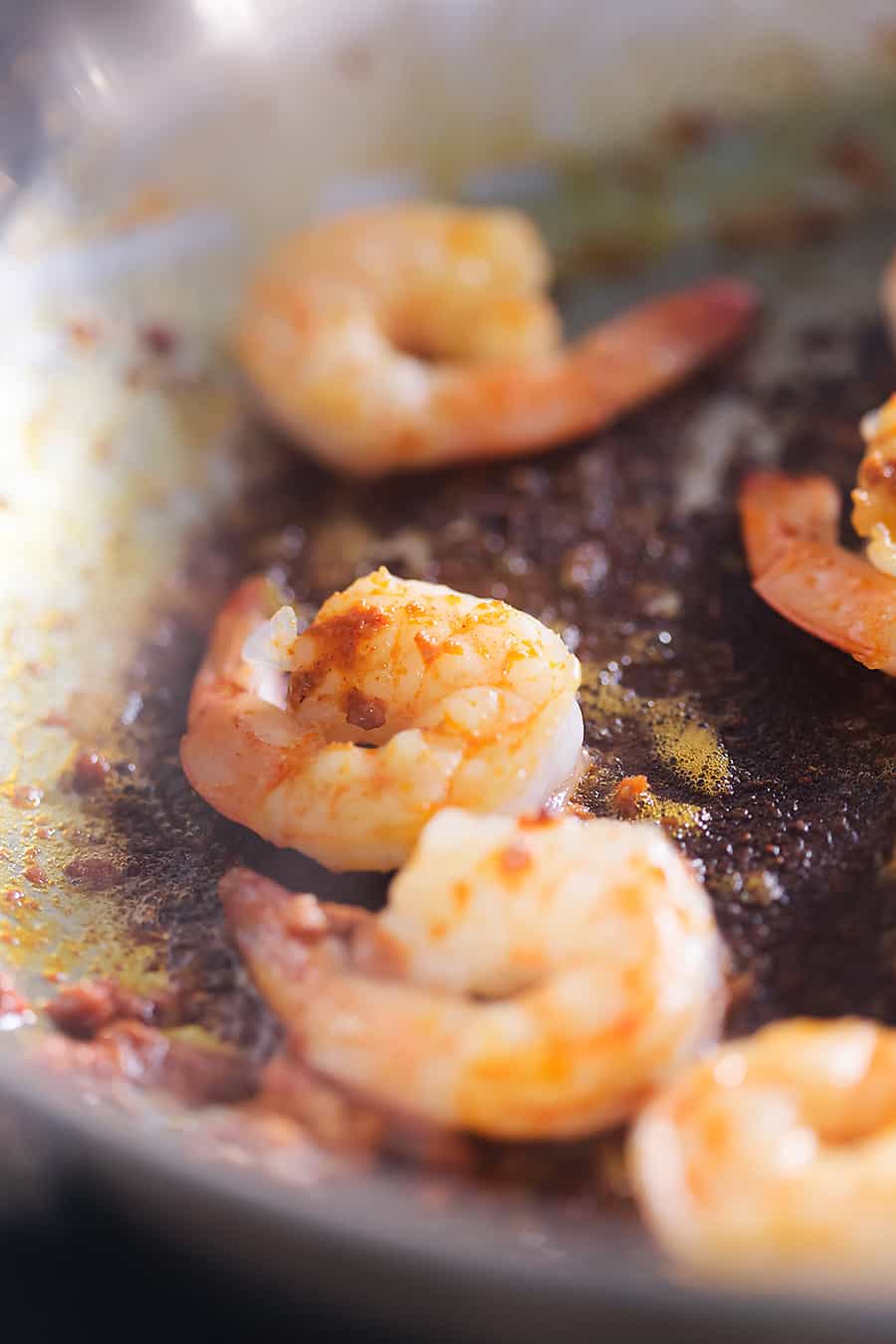 I love using chorizo in recipes because it has so much flavor!  I used Cacique brand that I am sure you can find at most grocery stores.  But get this, I found it by the cream cheese.  I was literally walking around the grocery store for half an hour looking for this darn chorizo!  I finally had to ask someone who worked there where the heck it was.  I mean in the dairy section...really?

So after I cooked the chorizo through, I removed it from the pan and added the shrimp and I sautéed them in all of that yummy chorizo goodness.  This dish was so easy to pull together.  It is truly a low carb 30 minute meal!

I use my spiralizer about once a week.  I love it!  I used it to make my Zucchini Noodles with Creamy Pesto and Burst Tomatoes

You can also see other noodles alternatives in my post 5 Low Carb Substitutes for Pasta! 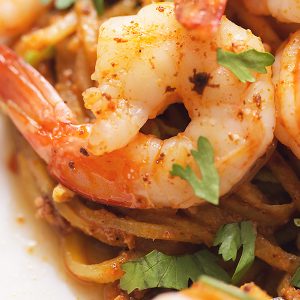