Published: Jul 17, 2018 · by: jenniferbanz · As an Amazon Associate I earn from qualifying purchases

Make your own fast food pickles at home in less than 15 minutes. They are ready to eat immediately and taste just like those famous pickles without having to go through the drive thru! 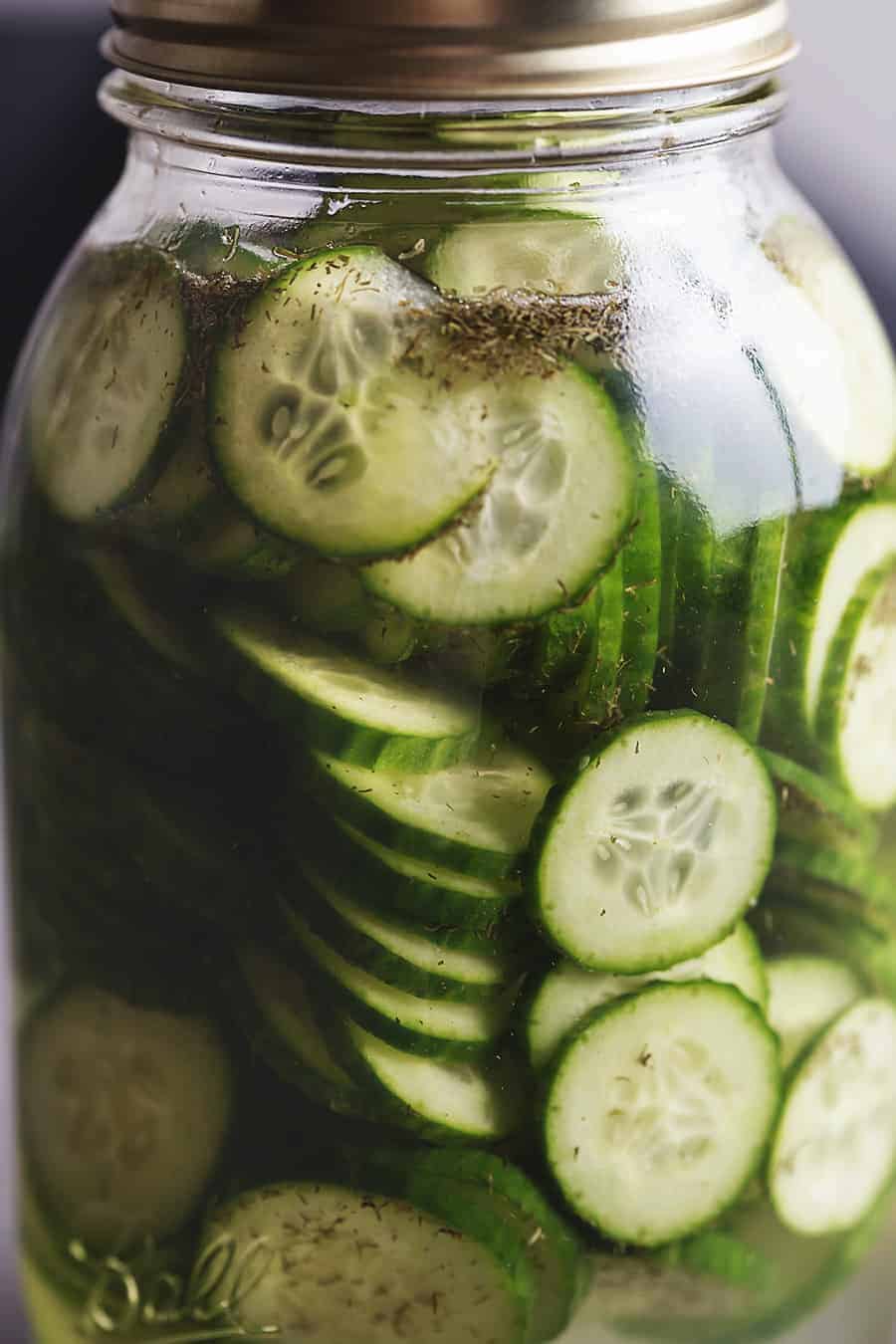 There is no question that fast food pickles like those at Chick Fil A and McDonalds are addictive.  They are to me anyway!  I had to recreate these yummy pickles that are super sour, thin, with no other flavor other than PICKLE!

My husband has become a pickle addict and when I made these yummy fast food pickles he was hooked!  He literally eats them out of the jar.

I wrote this recipe keeping in mind that some of us (like me) only want to make one batch of pickles and we are not interested in make 10 gallons of pickles to store for the winter.  We just want a small batch of homemade fast food pickles!

HOW TO MAKE FAST FOOD PICKLES

The key to fast food pickles is only using vinegar, dill, salt, and water as your pickling liquid.  This gives nice and sour dill pickles.  I start out with baby cucumbers that I picked up at Kroger. 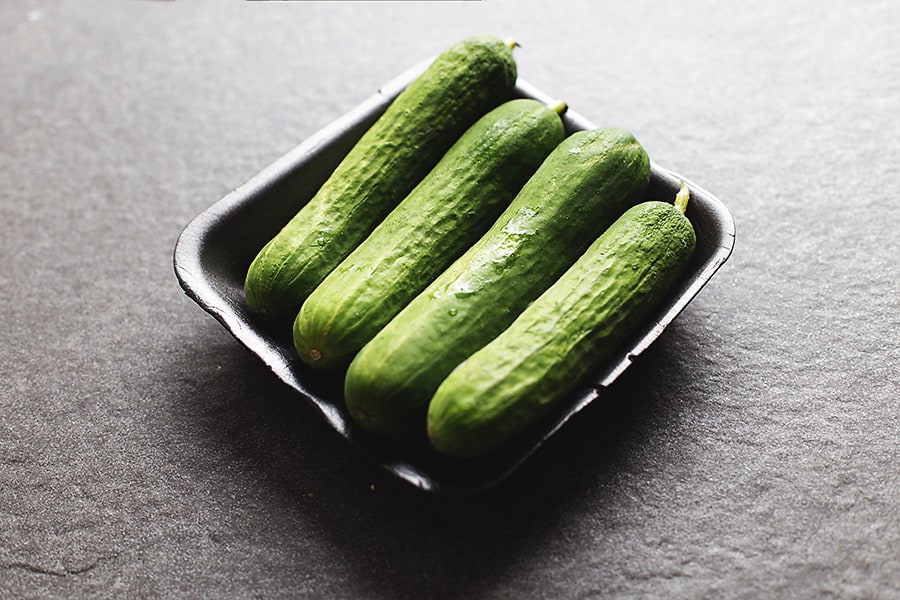 I sliced them thinly with a sharp knife.  You could also use a mandolin. 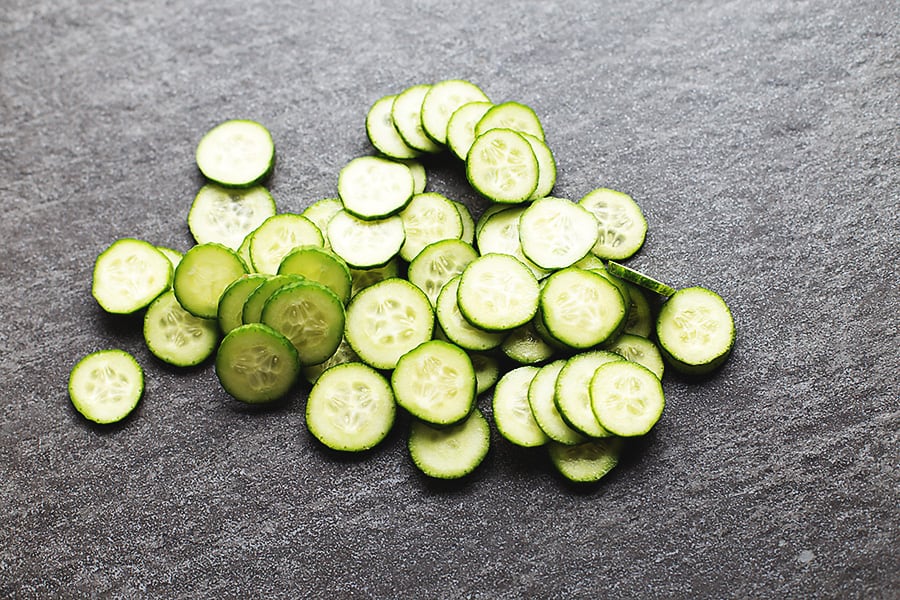 I then shoved them all in a 32 ounce mason jar.  I poured in the vinegar, salt, and I then filled the jar to the top with water. 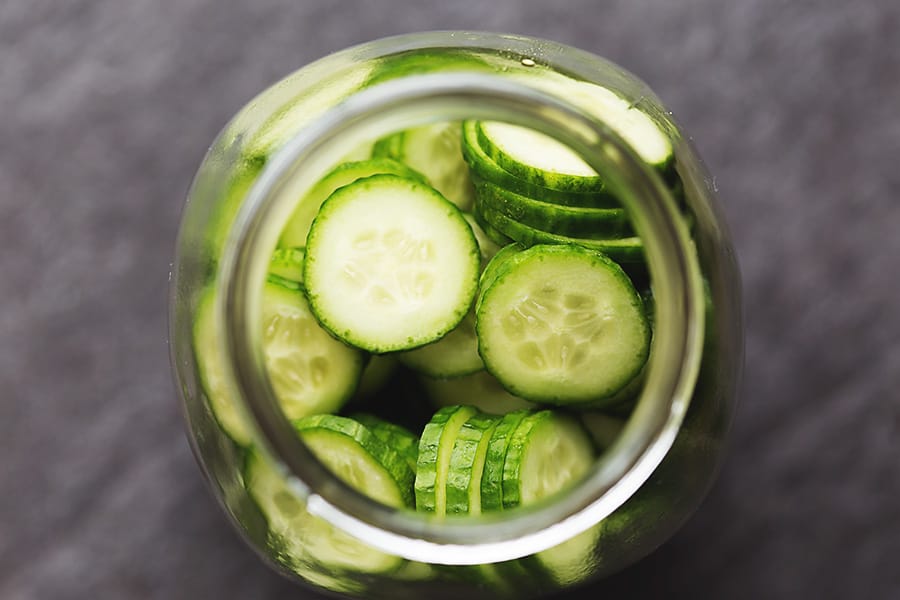 The key to making these pickles as close to fast food pickles as possible, is to cook the brine and pour the hot brine over the pickles.  So I poured the brine out of the jar into a saucepan and brought it to a boil.

Then I poured it back over the pickles, added the dried dill, and gave them a quick stir in the jar.  You can see that the pickles start to loose their bright green color from the cooking process. 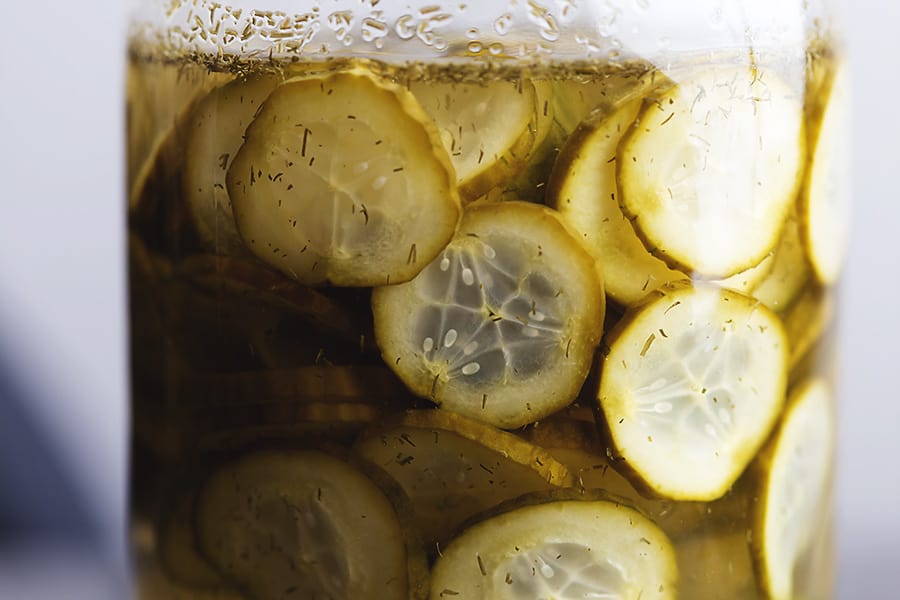 If you are as addicted to pickles as my husband, you may way to make a double batch!

Serve these at your next BBQ with some Instant Pot Pulled Pork and use my 90 Second Bread as the buns!

Make your own fast food pickles at home in less than 15 minutes. They are ready to eat immediately and taste just like those famous pickles without having to go through the drive thru!
5 from 4 votes
PRINT RECIPE PIN RECIPE
Course: Snack
Cuisine: American
Keyword: gluten free, how to make pickles, recipe for pickles
Prep Time: 10 minutes
Cook Time: 5 minutes
Total Time: 15 minutes
Servings: 12
Calories: 20kcal
Author: Jennifer Banz

Did you make this Fast Food Pickles Recipe?  Tag me on Instagram so I can see! @lowcarbwithjennifer