Published: Sep 5, 2017 · by: jenniferbanz · As an Amazon Associate I earn from qualifying purchases

You will not miss the potatoes in the comforting low carb zuppa toscana soup. Cauliflower makes a nice replacement! 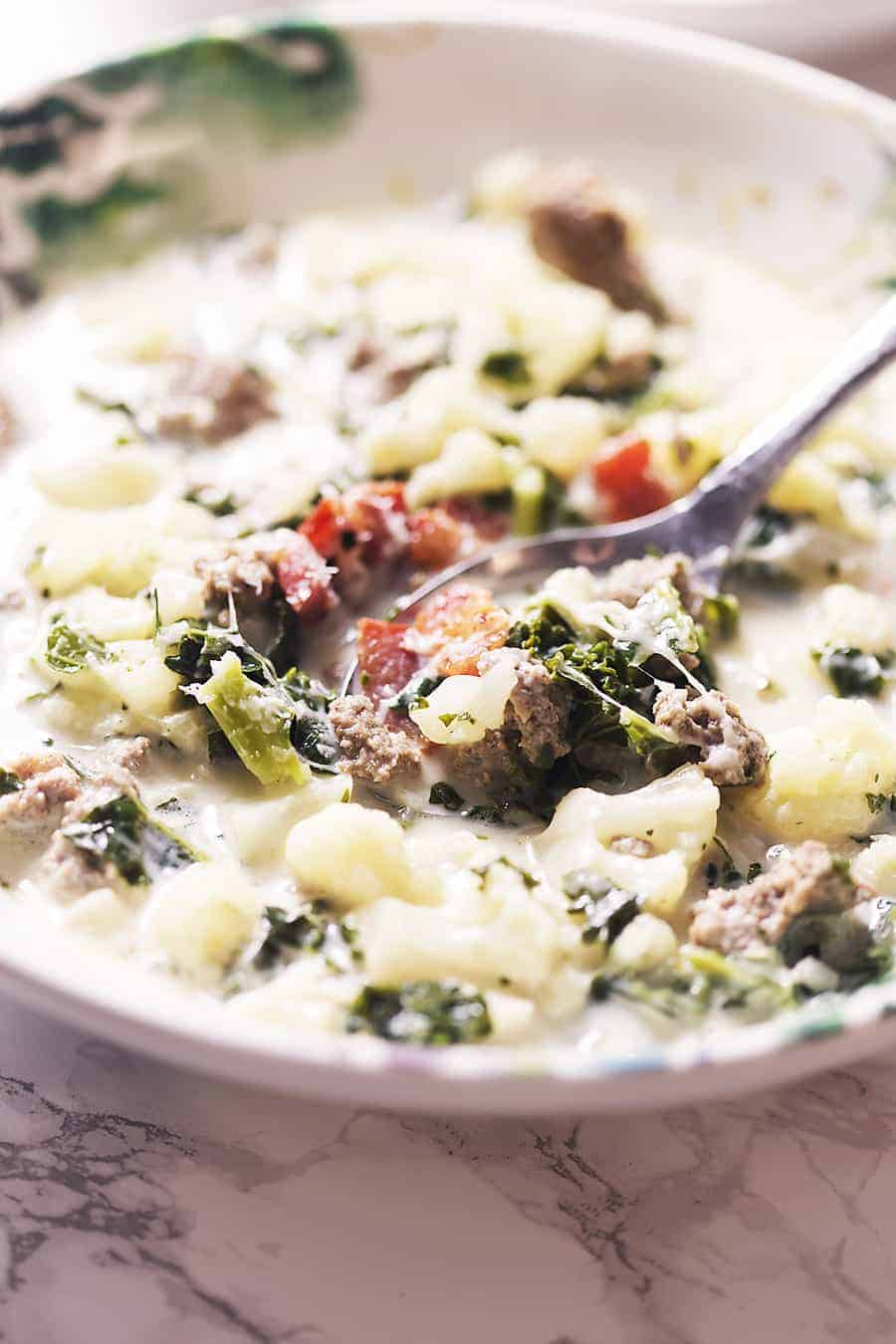 This Low Carb Zuppa Toscana Soup can be ready in as little as 30 minutes!  It's got super versatile cauliflower in place of the potatoes, flavorful sausage, and kale, all in a creamy broth.  This is a veggie packed low carb dinner!

Have you ever had the Olive Garden Zuppa Toscana soup?  It is super yummy and it really isn't bad carb wise at 13 net carbs for a bowl.  It would be a good option if you were at Olive Garden and you were trying to stay in your carb budget.  Pair that soup with some salad and you would be all set! 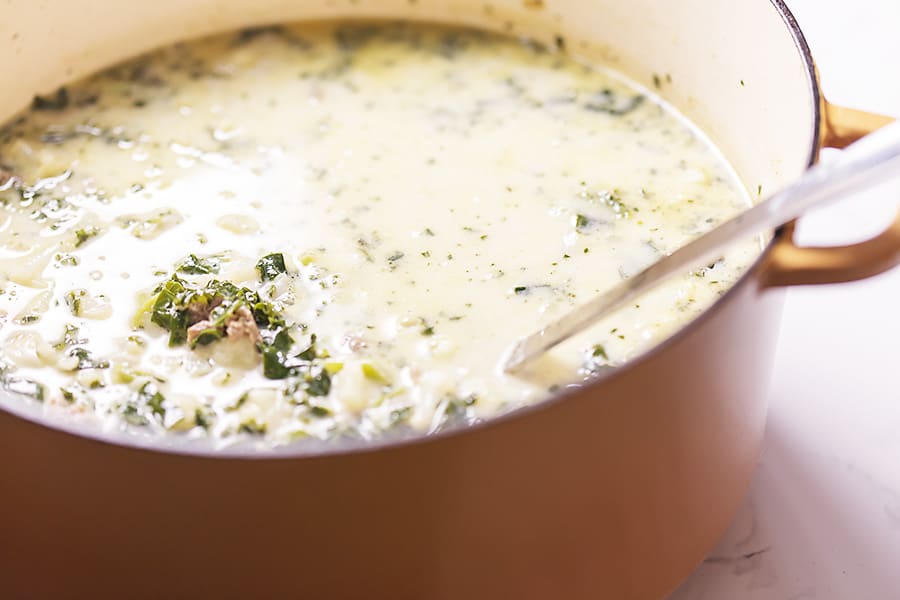 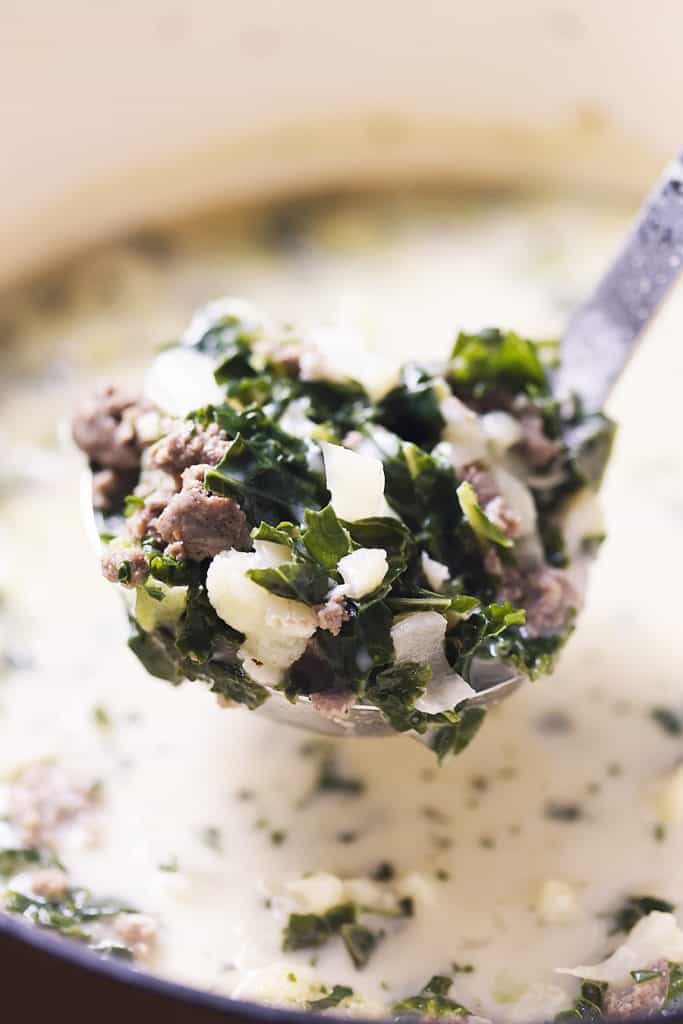 I wanted to make the soup a little more carb friendly for my friends who like to keep their carbs lower than 30 grams per day so I subbed out the potatoes for cauliflower.  You all should notice my obsession with cauliflower by now.  It is one of the most versatile veggies in my opinion!

We are not Martha Stewart and we are not cooking for the Food Network.  Let me tell you my favorite shortcuts to getting this low carb cauliflower soup finished in under 30 minutes.  I am not about to chop a bunch of veggies when I don't have to.  I use already minced garlic that has been freeze dried, frozen diced onion, and frozen chopped kale.  The only thing I had to chop was my cauliflower!  I didn't use frozen cauliflower for this recipe, but you definitely could! 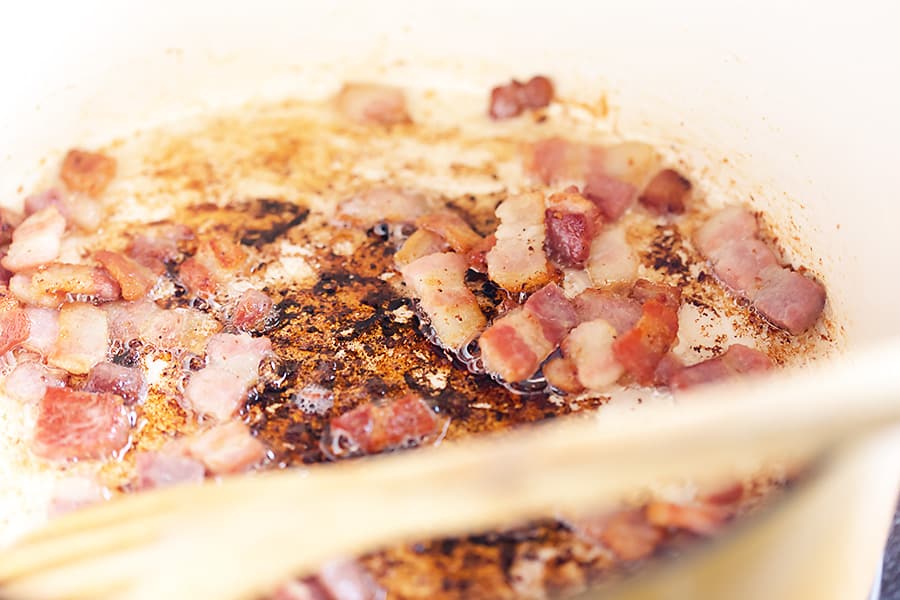 I wanted some crispy crumbled bacon to top off my soup, so my first order of business was to saute' 4 slices of chopped bacon in my 6 quart dutch oven.  Look at all of those browned bits on the bottom of the pot.  That is flavor!  After we remove the cooked bacon from the pot, we will add the onion and garlic and scrape all of that yummy brown stuff off of the bottom.

while the bacon is cooking, you can chop up your cauliflower.  I used a whole head minus the core...I just chopped the cauliflower with a big knife.  No need to keep them in perfect florets because I want them to be smaller pieces so they are easier to eat and they cook quicker. 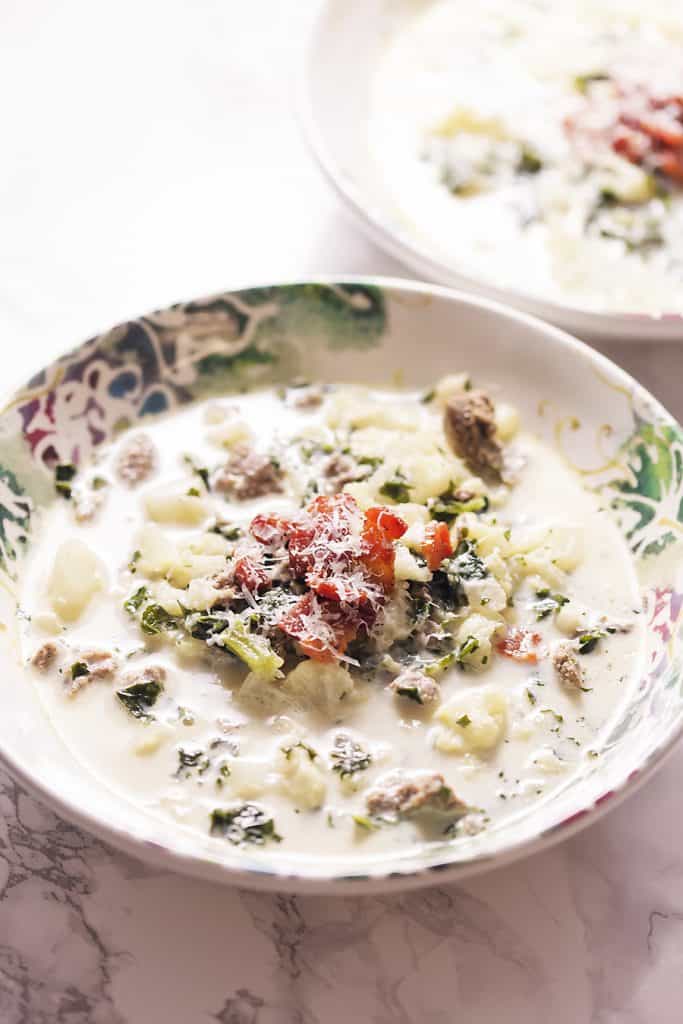 This Low Carb Zuppa Toscana soup really does com together super fast!  To serve, ladle into large bowls, and top with crispy bacon and some freshly grated parmesan cheese. 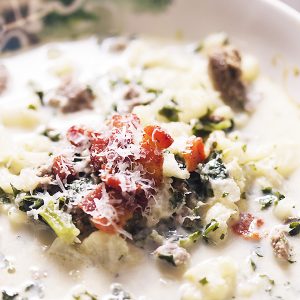 ⭐️ Did you make this recipe?  Don’t forget to give it a star rating below!