Published: Sep 7, 2020 · by: jenniferbanz · As an Amazon Associate I earn from qualifying purchases

A veggie packed low carb soup for that warm and comforting feeling this Fall. Spaghetti squash provide the noodles without all of those pesky carbs! 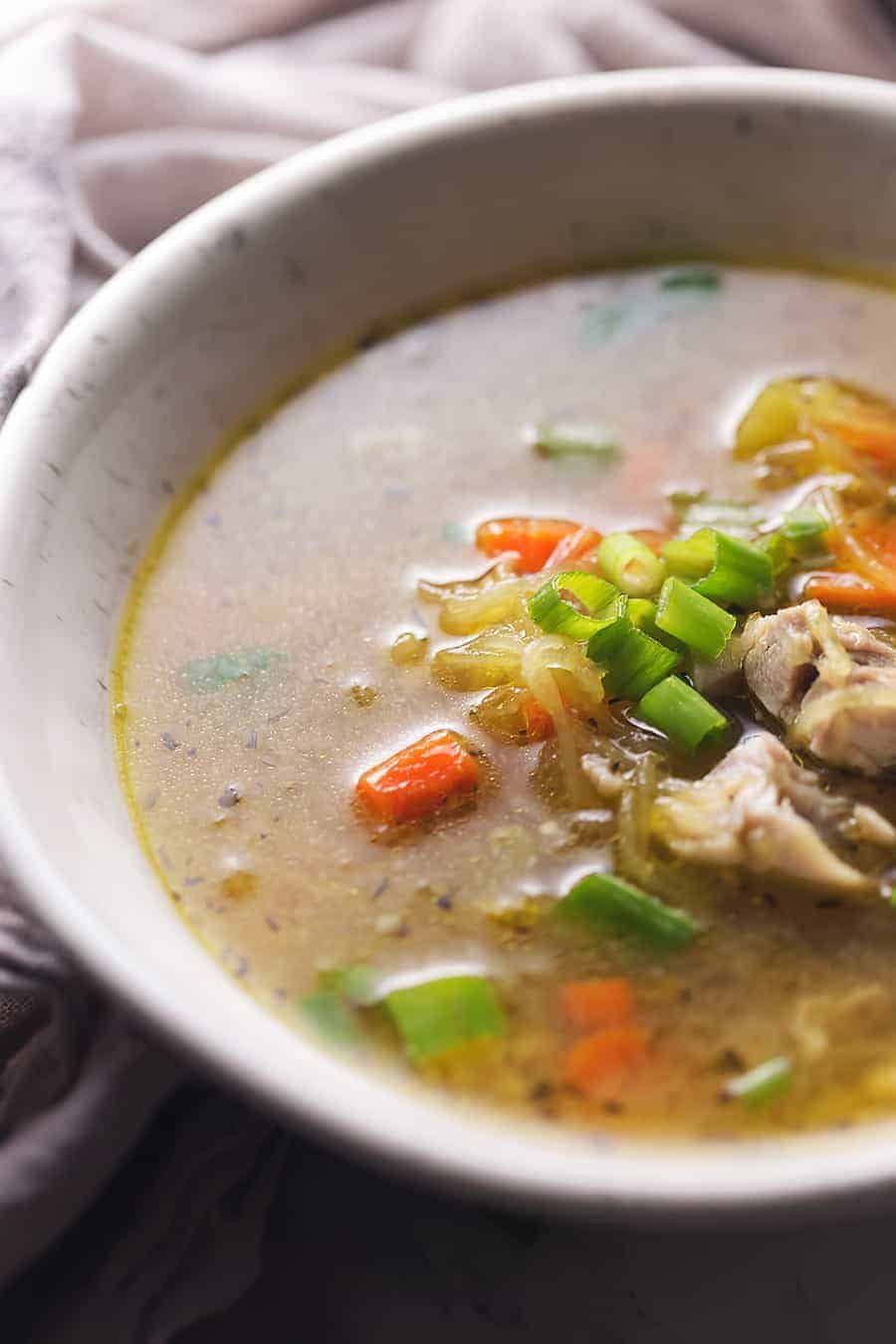 It is soup season and this Low Carb Chicken Soup is the ultimate Fall comfort food.  Instead of traditional noodles, this recipe uses spaghetti squash noodles.  It adds an extra dose of veggies making this low carb soup so nutritious!

I have nothing against making chicken soup from a whole chicken, de-boning the chicken, and making your own chicken stock like Ina Garten…but that ain’t me.  I love shortcuts anywhere I can find them and this low carb soup is no exception.

I’ll watch traditional chicken noodle soup get made all day on TV, though!

So spaghetti squash soup is a great alternative to pasta.  I also like to use extra meat in my soups and stews instead of pasta, potatoes, and beans…like my keto chili recipe, and in my chicken pot pie soup. 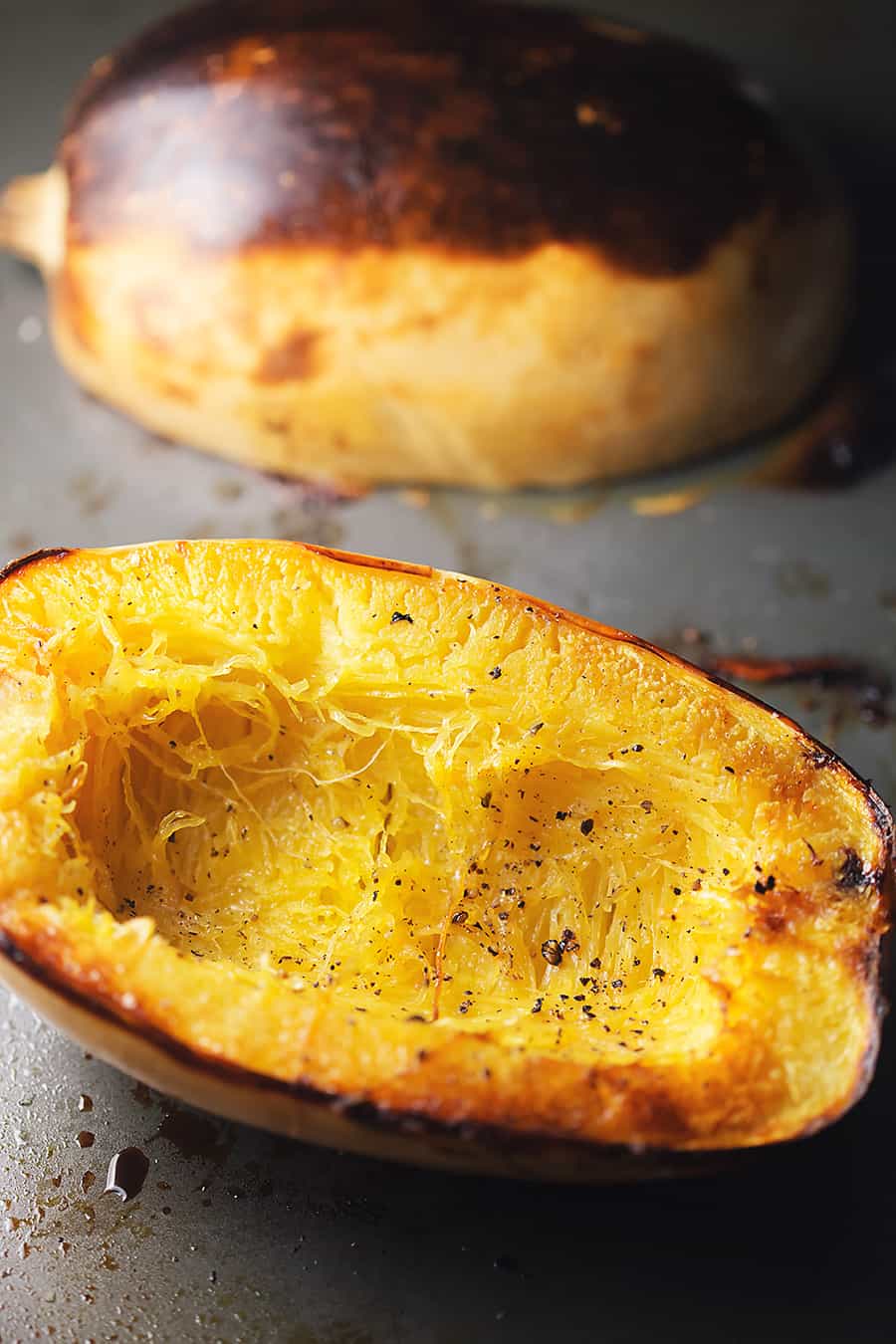 I roasted my spaghetti squash in the oven at 460F.  That high of a temperature makes the squash cook faster, of course, and it also gives it a yummy roasted flavor instead of just being steamed.  To make my squash easier to cut, I put it in the microwave for 5 minutes before I roasted it.  I found this trick after my acorn squash accident of 2014 where I almost sliced my finger off.

For this version of low carb soup, I used  boneless skinless chicken thighs.  Chicken thighs have so much flavor and I just can’t fathom the thought of dry chicken breast in my low carb chicken soup! 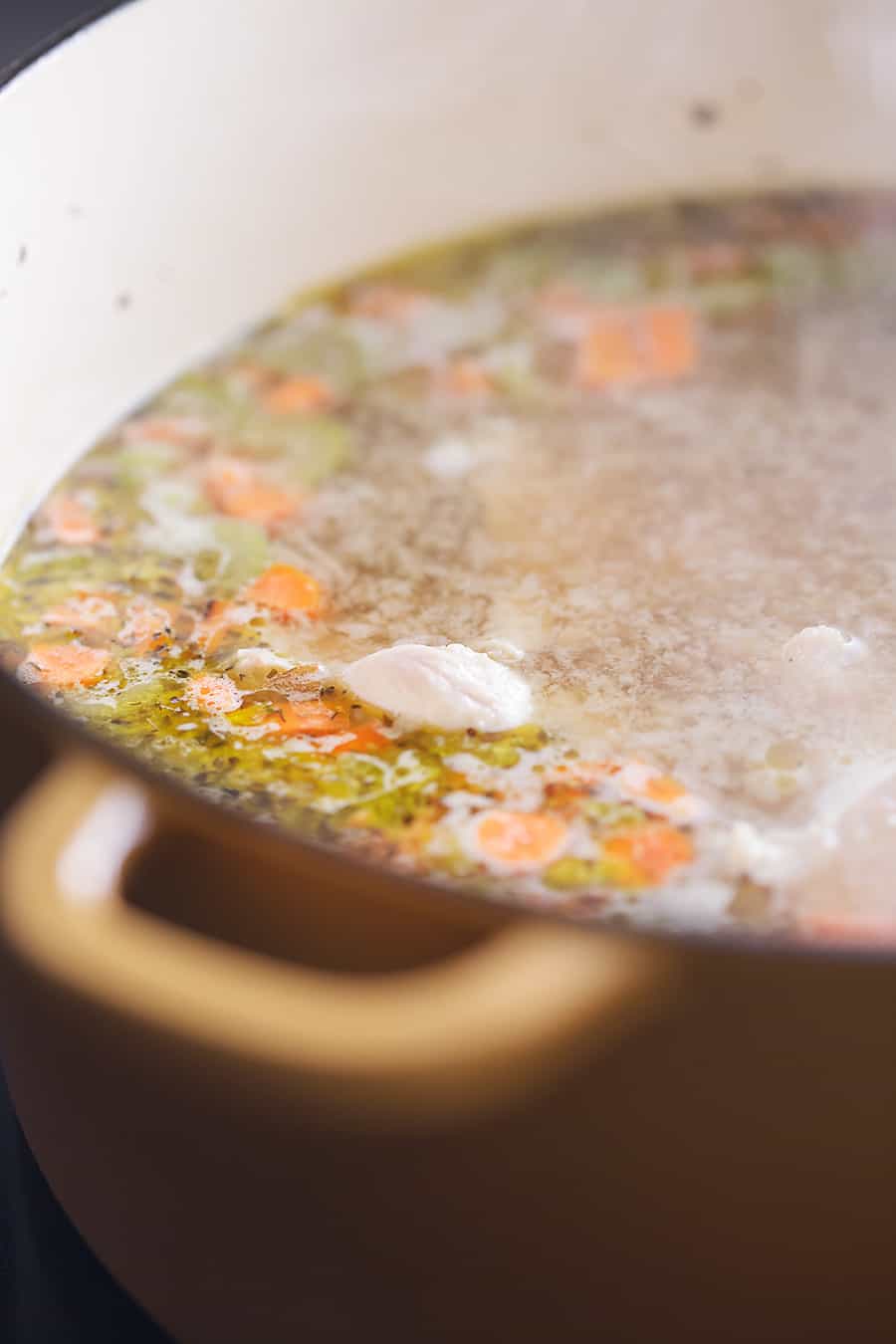 While my spaghetti squash was baking in the oven, I sautéed the carrots and celery in my oil.  Then I added my chicken stock and the chicken thighs.  I cooked them in the stock until they were done, then I removed them, chopped them up, and added them back in.  This took about 20 minutes.

I have a trick that gives this low carb soup such a good flavor.  I used lite soy sauce instead of salt.  It gives such an amazing umami flavor that I just cannot get enough of in this soup!  The chicken stock I used was already salty enough, so I really didn’t need much added salt.  If yours is low sodium chicken stock, then you will want to use salt and soy sauce, to your taste. 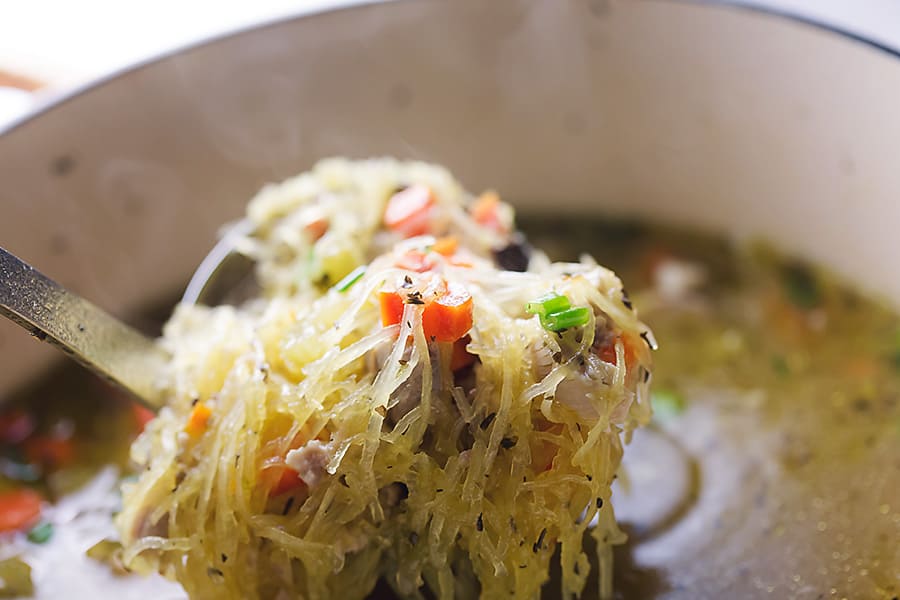 In addition to this yummy low carb soup, I have Low carb Zuppa Toscana Soup and Cream of Cauliflower Soup that you should definitely check out!

If you are in the mood for more chicken thigh recipes, check out my recipe for Chicken Cauliflower Fried rice casserole, or Brown Stew Chicken! 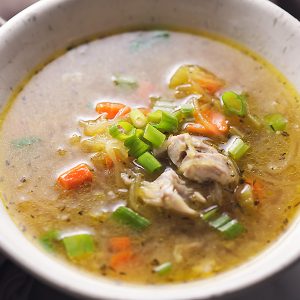