Published: Apr 7, 2017 · by: jenniferbanz · As an Amazon Associate I earn from qualifying purchases

A hash usually consists of some type of potato…so what is a low carb goddess supposed to do when you want some darn breakfast hash?  Use celeriac of course!  Just look at that gorgeousness! 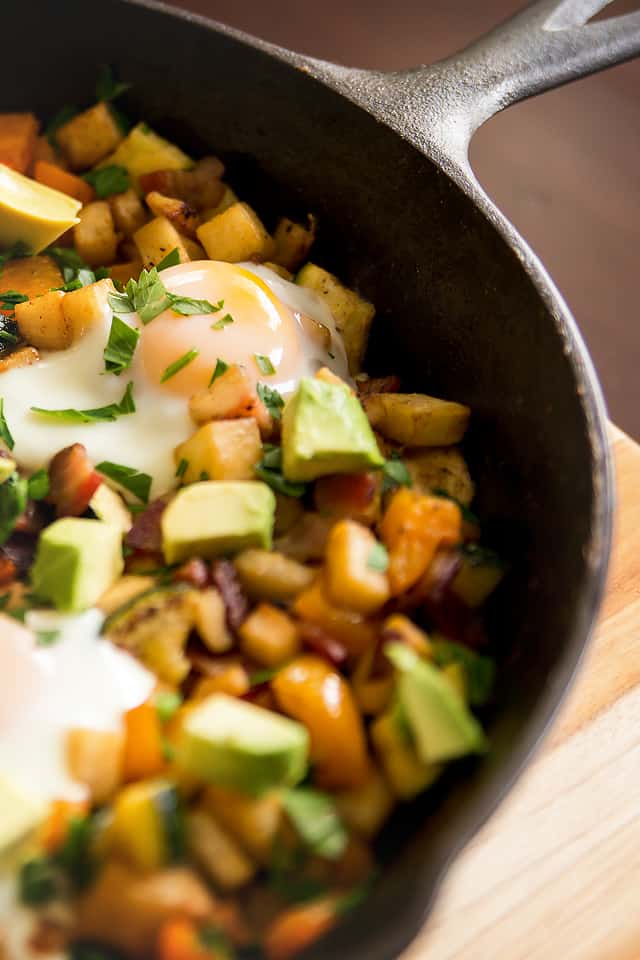 Have you ever tried celeriac?  What the heck is celeriac?  Well, celeriac, also known and celery root, is a type of celery grown for its celery roots.  If I say celery one more time, slap me.  Celeriac has a mild flavor like something I will not say, but it starts with a C.  It is a root so it is similar in texture to potatoes.  Yay!  Perfect for a low carb breakfast hash!

I first tried celeriac when we lived in Germany.  I used it to make low carb grits and they were wonderful.  I bought it at the Commissary, and now that I look back, I am surprised they carried such an exotic (for the time) vegetable.  But now I realize it must be because of our location.  So anyway, you shouldn’t have any trouble finding it at your local grocery store!  I found mine at Whole Foods this time around.

In this low carb breakfast hash I used bacon (my love), zucchini, and an orange bell pepper.  I chose those because that’s what I had on hand, but you could definitely use a variety of other veggies that you like. 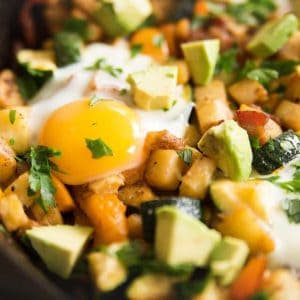 « Read This Before You Use Your Instant Pot!
Keto Burger Bowl with Paprika Aioli »