Published: Sep 1, 2017 · by: jenniferbanz · As an Amazon Associate I earn from qualifying purchases

This Low Carb Blueberry Crisp is unbelievably delicious and so easy to make!  I was devouring this yummy blueberry crisp in less than 30 minutes! 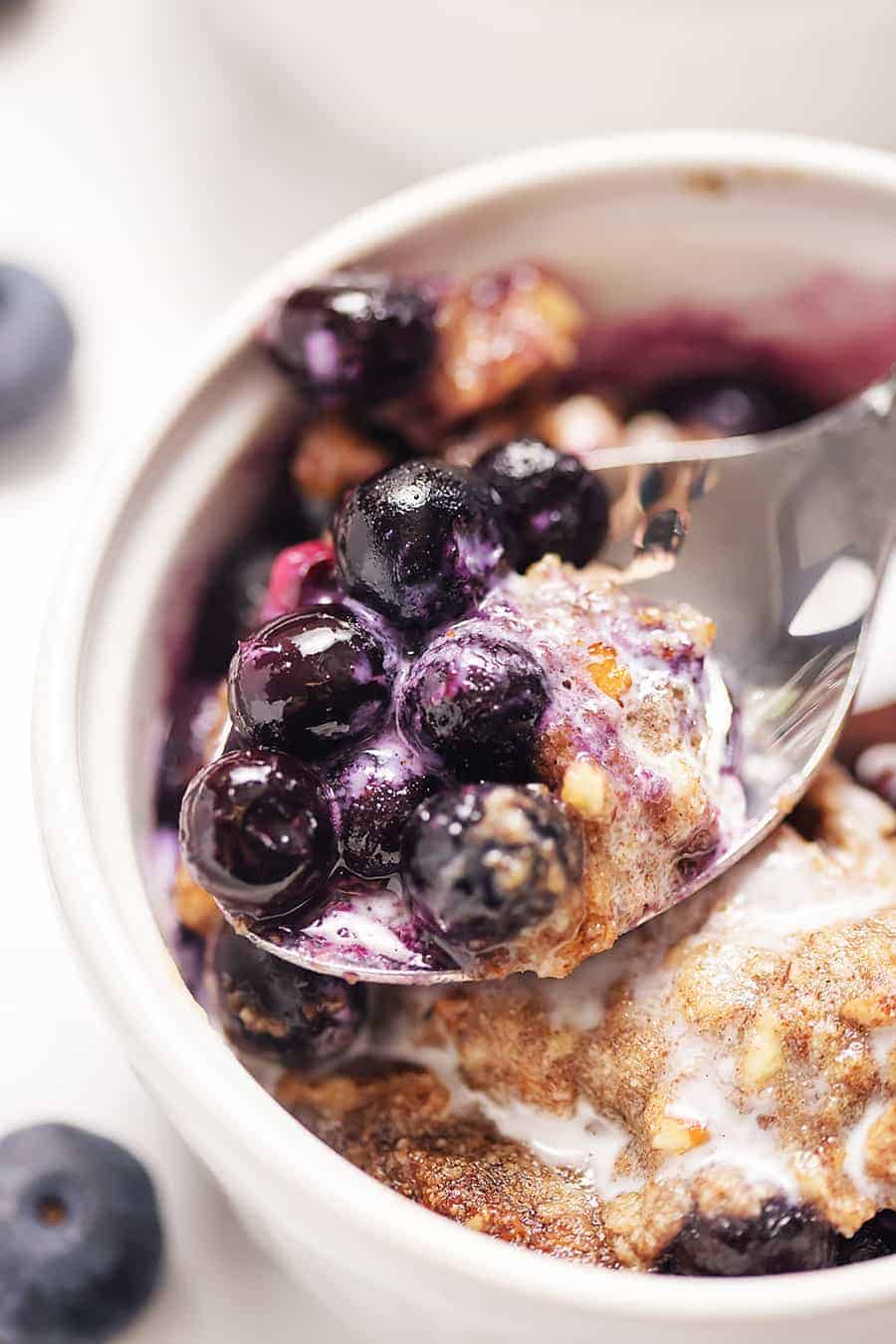 There is just something about blueberries that makes my mouth water.  Especially when they are sweetened, layered with a buttery and nutty topping, baked, and then doused in heavy cream.  I really hope that would make anyones mouth water! 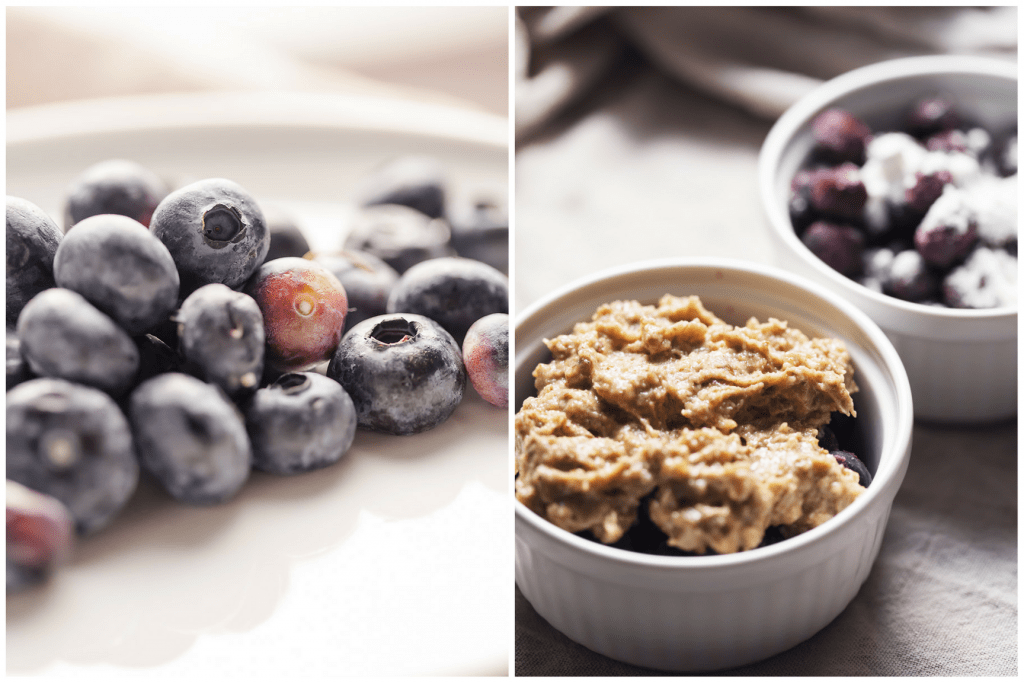 I always have the ingredients on hand to make this delectable low carb dessert.  I use frozen blueberries, but fresh will be just as good, if not better!  So I always have frozen organic blueberries, pecans, almond flour, butter (obviously), Swerve, and ground flax in my kitchen.  Now if you don’t keep one of these on hand…like the ground flax, you could totally omit that.  If you wanted to use a different nut instead of pecans, that would also be perfectly delicious! 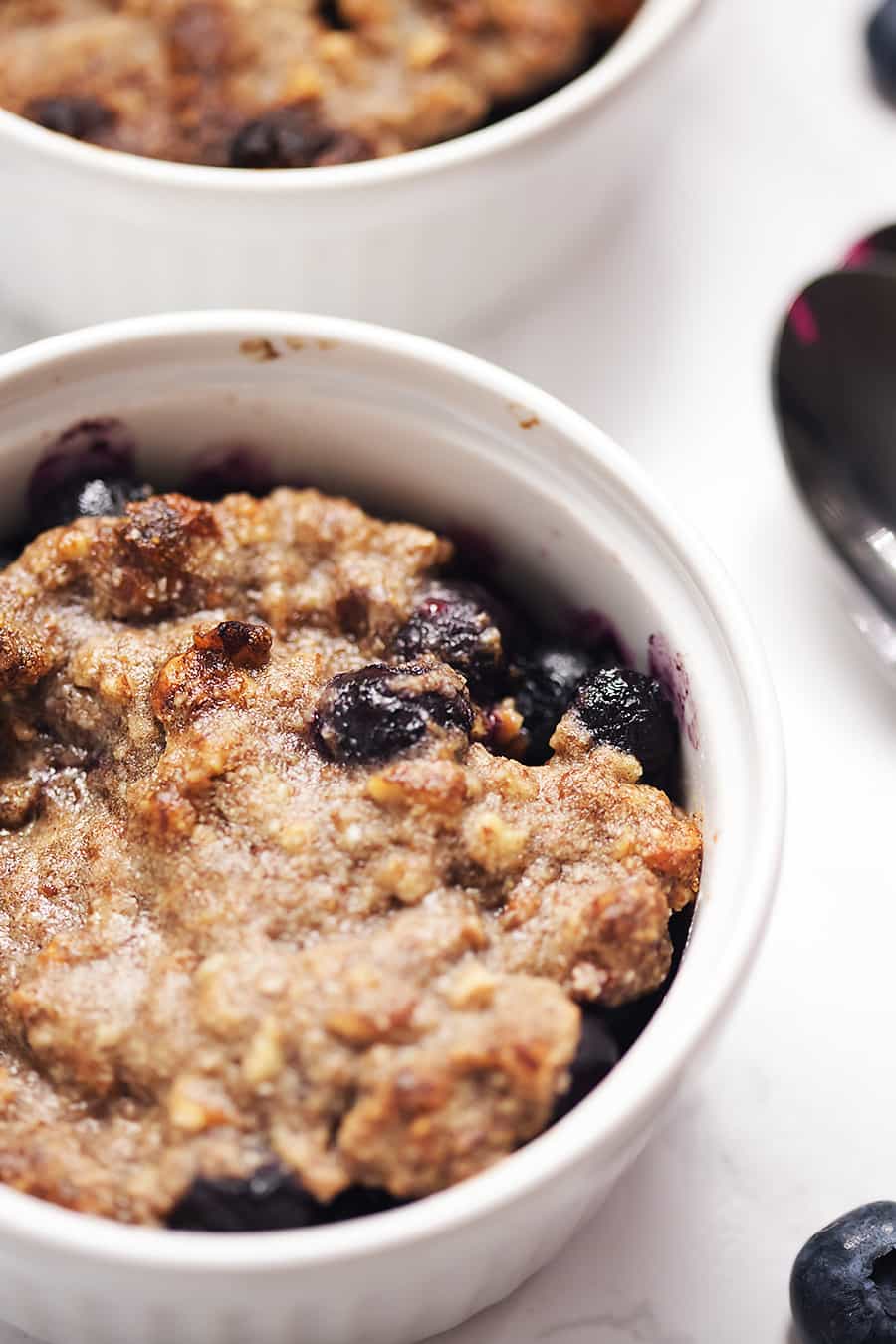 Wouldn’t this be even more amazing with a big scoop of low carb ice cream on top?  I’m a sucker for anything with ice cream…it is my weakness!  I have a recipe for low carb strawberry cheesecake ice cream that is devine!

So I was wondering what the difference between a crisp and a crumble was so I googled it.  Apparently they are pretty much the same thing so I went with the name low carb blueberry crisp for this recipe…but the topping is not THAT crispy.  It is actually really nice because it is so buttery and then the butter melts and mixes with the blueberries and it is pure heaven. 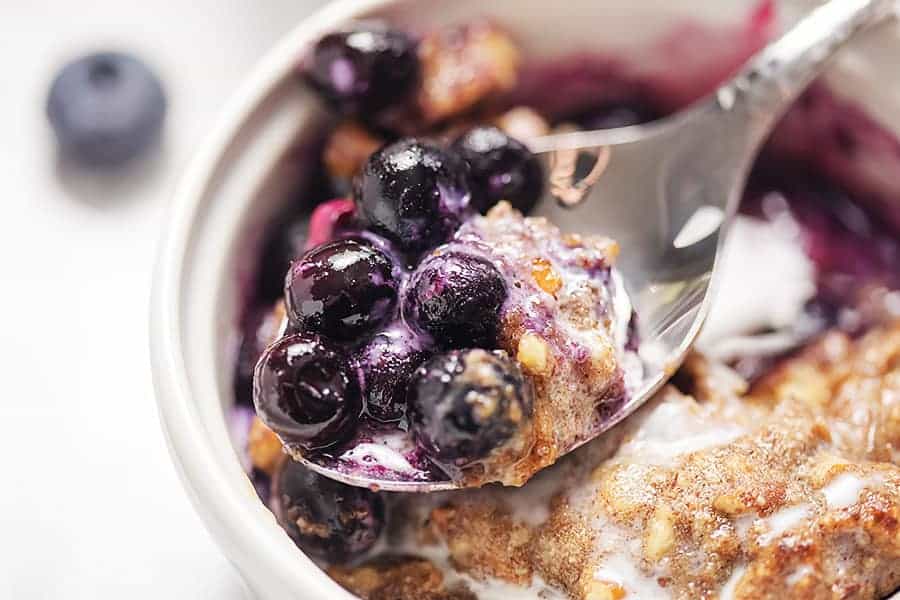 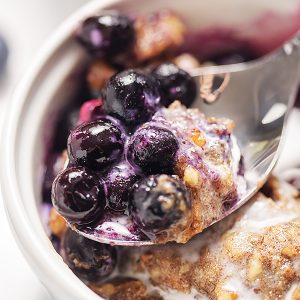 ⭐ Did you make this recipe?  Don’t forget to give it a star rating below!