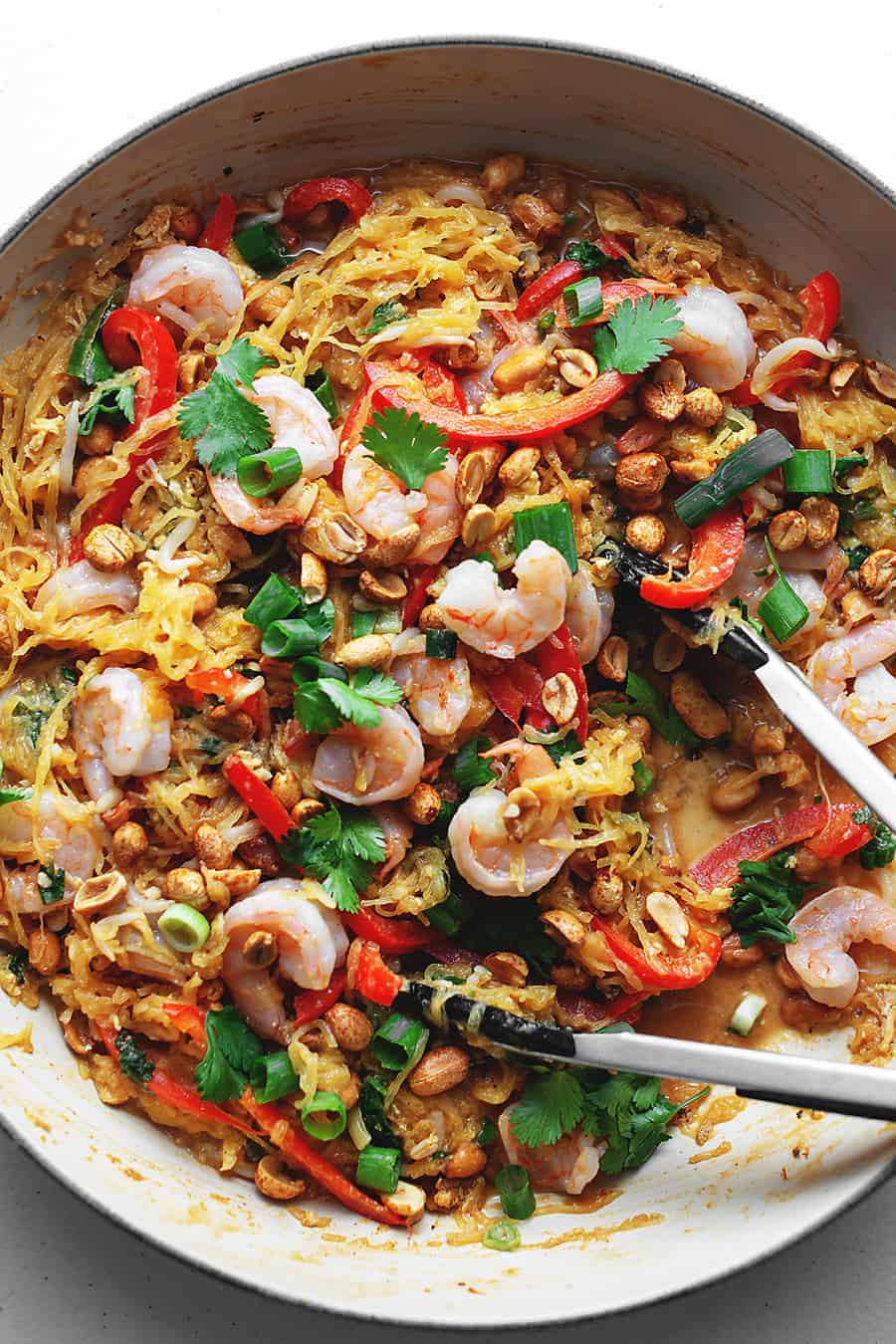 Anytime I would visit Pei Wei, I would always get the Shrimp Pad Thai.  This was before low carb and weight watchers eating and I haven’t had any in many years.  This Spaghetti Squash Pad Thai tastes just like it.  I am not kidding!

Remove the shrimp from the pan an add in the sliced red bell pepper.  Cook those until they are slightly limp.  Now it is time to scramble the egg.  Push the red pepper to one side of the pan and add the beaten egg to the other side.  Use a spatula to scramble the egg, then you can combine the egg with the peppers in the pan.  it’s okay if the egg sticks to the pan a little.  It will come up when we add the sauce. 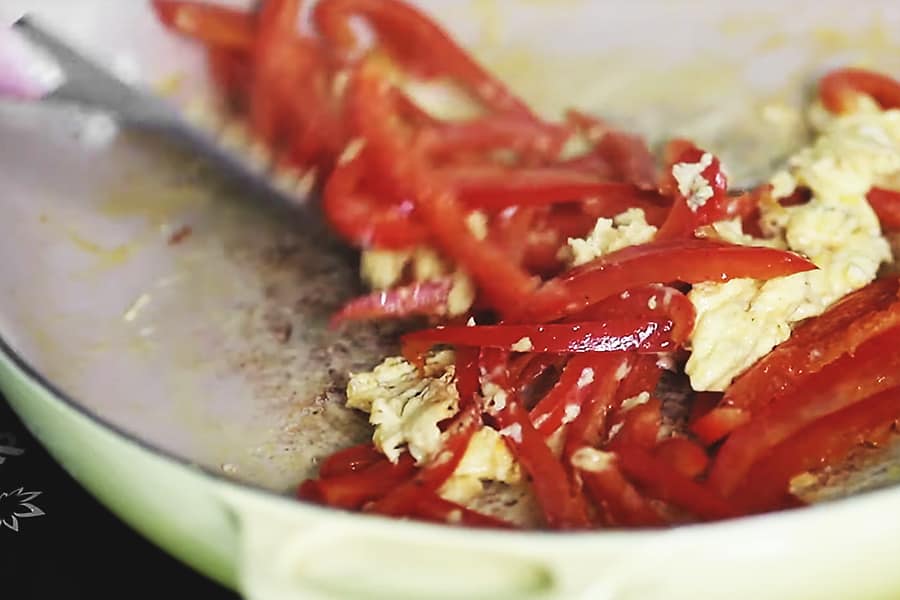 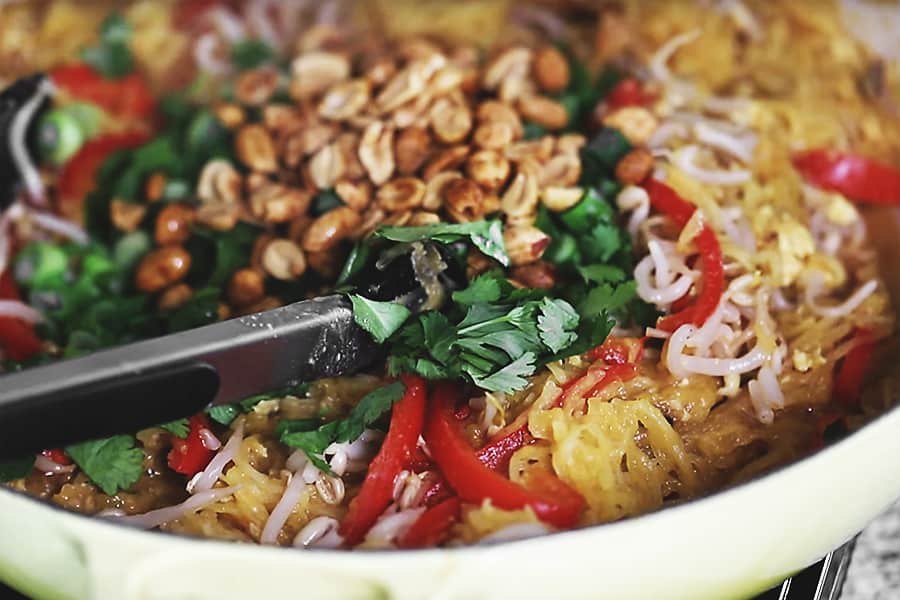 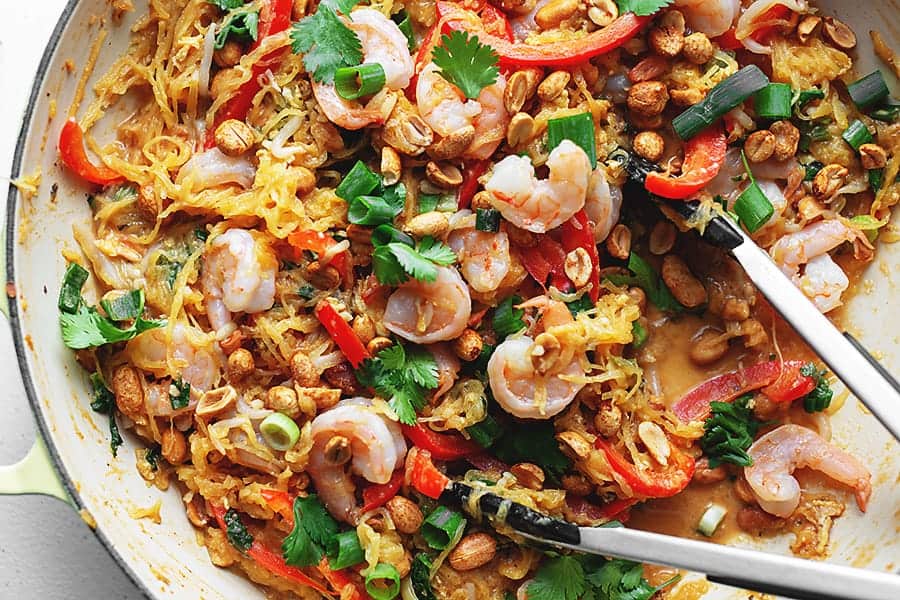 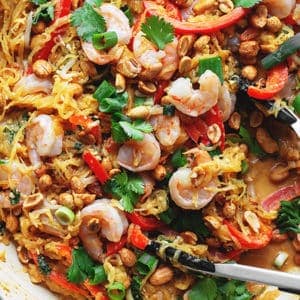