Published: Oct 4, 2018 · by: jenniferbanz · As an Amazon Associate I earn from qualifying purchases

This Instant pot is the easiest way to make a spaghetti squash. I give tips for the best knife to use to cut the squash and a recipe for the most amazing brown butter sage sauce. 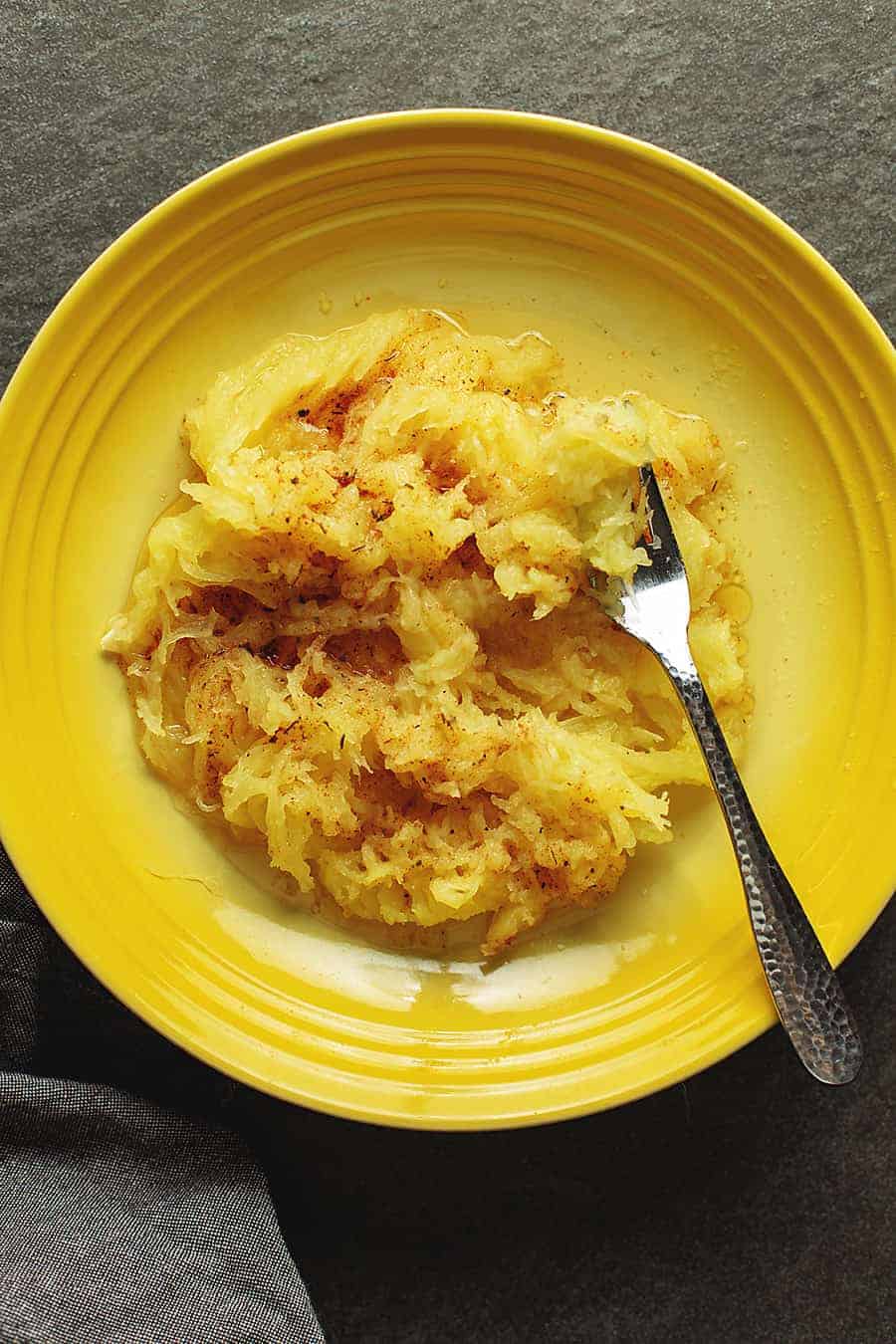 I have always shied away from making spaghetti squash because it was always such a pain to get it cooked.  I always left it whole because cutting it was such a chore, and then it took forever to cook!  This Instant Pot Spaghetti Squash is a cinch to make and you will be dreaming about that brown butter sage sauce.

The reason it was always such a pain to cut is because I was using a giant chef knife, and I was trying to cut it in half longways.  This meant cutting through the stem.

You know what else makes cutting this hugh vegetable a breeze?  Cutting it in half through the middle!  I have learned that this will also give you longer spaghetti squash strands.

After I got the spaghetti squash cut in half, I scooped out all of the seeds.

Then it was time to pressure cook! 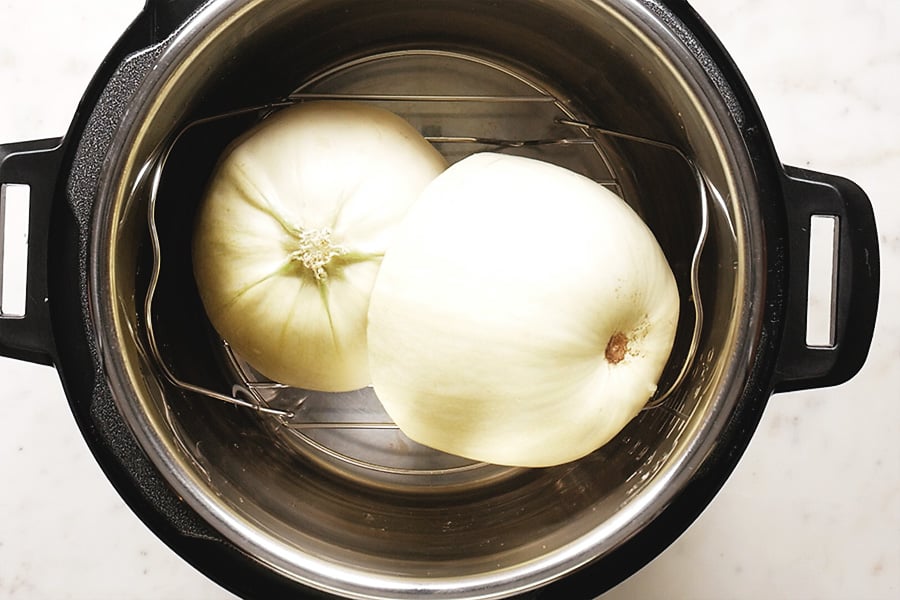 Of course, spaghetti squash vary in size, and this means that the cooking time will vary as well.  My squash was on the smaller side, so I cooked it for 7 minutes, but I wish I had cooked it for 5 minutes because it was overcooked.

After the cook time was finished, I released the pressure via a quick release.

I used tongs to remove the squash from the pot and I let it cool while I made the Brown Butter Sage Sauce!

I now know what the brown butter rage of 2009 was all about.  It is amazing!  I literally had to stop myself from eating the whole plate of Instant pot spaghetti squash and brown butter sauce.

To make the brown butter, you melt a stick of salted butter over medium low heat and let it cook until the milk solids start to turn brown and the sauce is a deep color.  Make sure to pull it off of the heat before it burns!

I then added ½ teaspoon of dried sage.  I don't strain my brown butter because all of those bits are nothing but flavor! 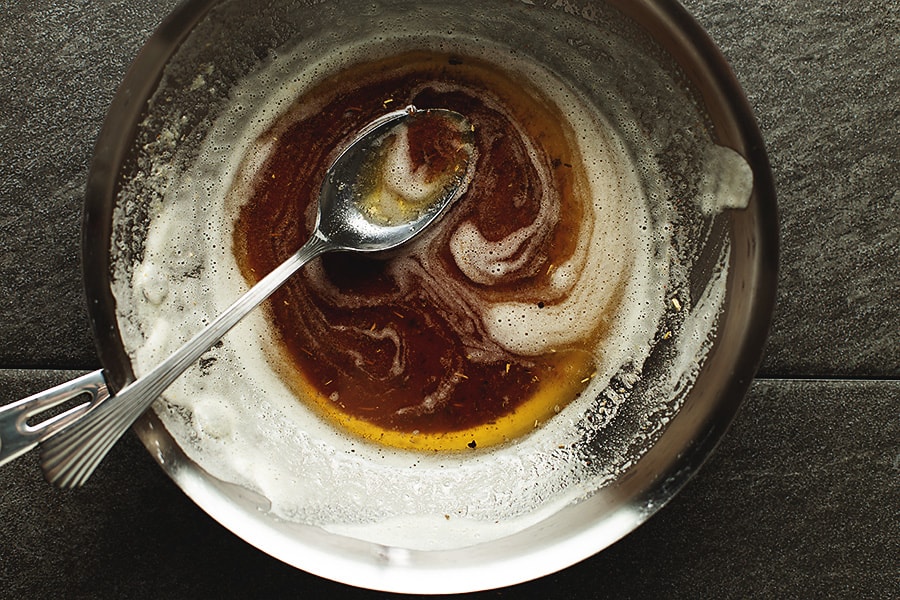 Now just spoon that delicious sauce all over the spaghetti squash!

Some other squash recipes you will want to try are: 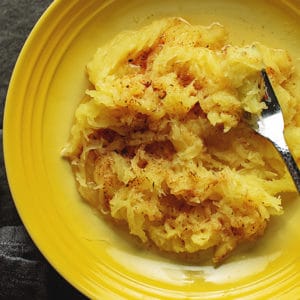 This is the easiest way to make a Instant Pot spaghetti squash. I give tips for the best knife to use to cut the squash and a recipe for the most amazing brown butter sage sauce
5 from 1 vote
PRINT RECIPE PIN RECIPE
Course: Side Dish
Cuisine: American
Keyword: gluten free, recipe for spaghetti squash, spaghetti squash in the instant pot
Prep Time: 10 minutes
Cook Time: 7 minutes
Total Time: 17 minutes
Servings: 4
Calories: 236kcal
Author: Jennifer Banz

⭐ Did you make this Instant Pot Spaghetti Squash with Brown Butter Sage Sauce Recipe?  Tag me on Instagram so I can see! @lowcarbwithjennifer