Published: May 7, 2019 · by: jenniferbanz · As an Amazon Associate I earn from qualifying purchases

These sesame crusted and seared tuna steaks are marinated in a quick sauce, crusted in beautiful black sesame seeds, and seared in a hot skillet. Truly one of the quickest and easiest dishes you can make!

As I said in my Ahi Poke Bowl Recipe, I never would have thought I would be eating raw (or in this case rare) tuna steaks.  I have come to love Sesame Crusted Tuna so much that I have it on the regular.  Thankfully we live in a day and age that supports my habit because I can find tuna steaks almost everywhere.

When I buy tuna for this recipe or for my diy ahi poke bowls, I buy already frozen tuna just to be on the safe side.  Most tuna is frozen as soon as it is caught, so buying it frozen doesn’t make any difference on how fresh the tuna is.

HOW TO MAKE SESAME CRUSTED TUNA

We start this recipe off by doing a quick marinade of the tuna in sesame oil and soy sauce.  The tuna absorbs the marinade very fast so we really only need to marinate them for a few minutes. 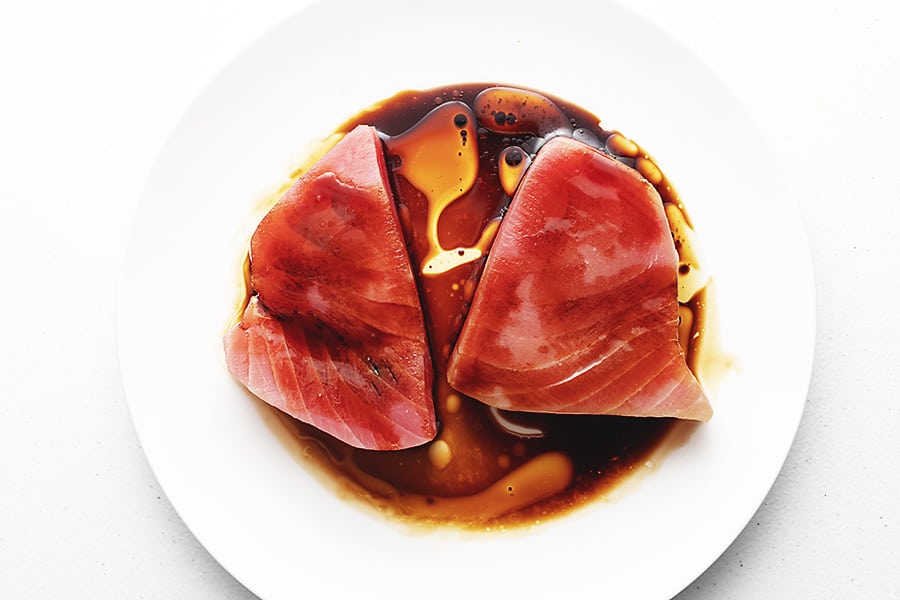 While the tuna is soaking up the marinade, we can start to get our skillet hot and pull out a separate plate for the sesame seeds.  I like to use black sesame seeds because I love the way they look, but you can use white if you like, or a combo of the 2.

Now we can place the tuna steaks in the sesame seeds and get all sides coated. 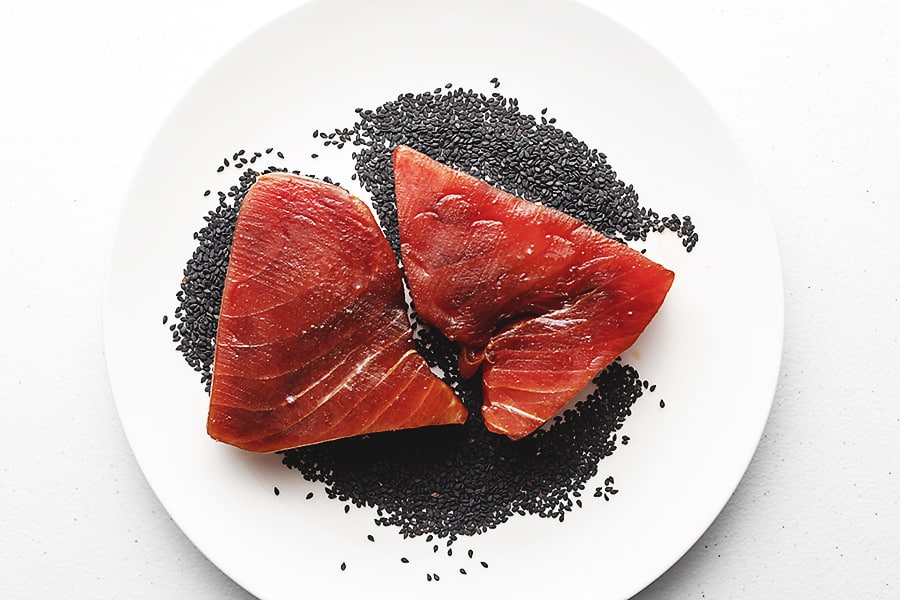 Crust the tuna steaks in the sesame seeds, then place them in the hot skillet.  If your skillet is not big enough for both steaks, then cook them one at a time.

We want to sear them on all sides for 1 minute.  This, in my opinion, is the perfect amount of time to cook your sesame crusted tuna steaks.  If you prefer them cooked a little longer, that is fine as well. 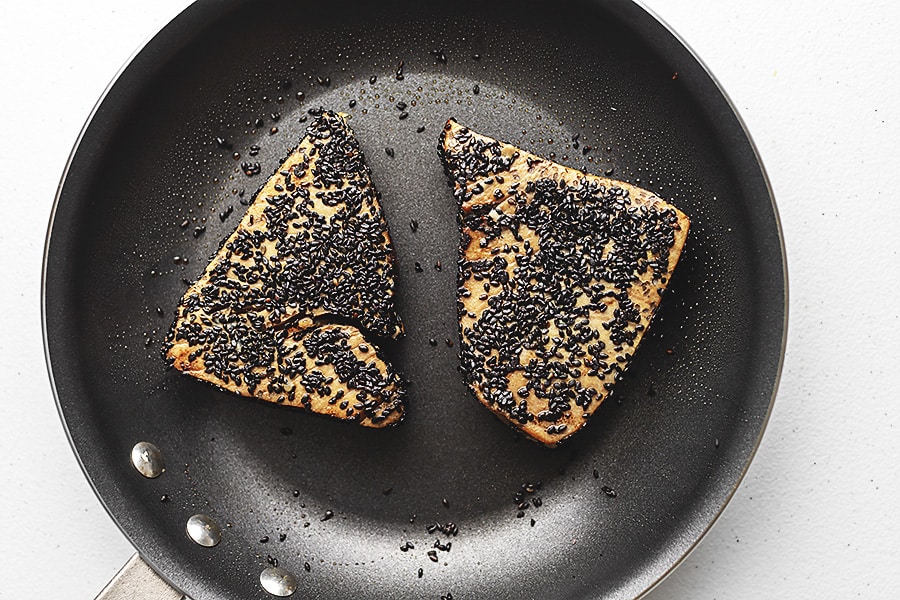 Now we can remove the tuna steaks from the pan to a cutting board and slice them into ½ inch thick slices.

These are perfect eaten as is or served over an arugula salad with an asian inspired dressing. 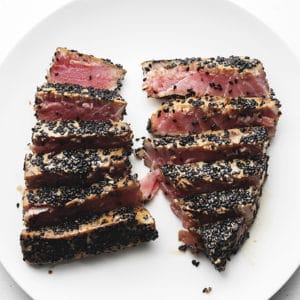